Jaime knew she wasn’t perfect. She loved hanging (flirting) with the boys, because she felt that girls never really understood her. They hardly paid her any mind, to say the least. Guys, on the other hand, loved her. She knew just how to get her way with them; a little smile here and there, or even little ploys to “innocently accentuate her feminine features” as she and her best friend, Priya, would say. She was perhaps the only one Jaime could relate too, because she was “one of the guys” quite like herself. Daddy didn’t like the fact that she wasn’t a Christian, but hey, maybe Jaime’s love for God would minister to her one day and she too would come to love Him.

Jaime wasn’t your average church girl. She was THE church girl. She led the worship choir, held a position in the Youth leadership, and was on her way to becoming the leader of the Youth ministry. She knew how to get a good worship going. The boys had a crush on her, and she knew it, but kept them at arms length. Dating in church was no bueno for the position she held. The elders of the church held her in such esteem, that whenever they scolded the ‘not so innocent’ ones, they’d often say, “Why you can’t behave more like Jaime?” Needless to say, the girls in church didn’t fancy her that much either.

It was easy, living two separate lives. No one from her church went to her school, well, except for Chad, but he was nothing. All he ever did was huddle in that park bench by the garbage and read some book. He wasn’t very popular. He was like a little mouse, and, if necessary, she could have him eating out the palm of her hand, so she never saw him as a threat. Her duality of life was quite the thrill, but often quite the hassle. It was taxing to mask her traits in both settings, and she’d even wonder which one she really was. Never mind that, she’d say. I’m just enjoying life, right? There’s nothing wrong with having a little fun.

She had a good thing going, and during her second year of University she met Steven. Steven was, in summary, everything she ever wanted in a male. Strong, romantic, popular, and even a Christian to top it all off. Her parents shouldn’t find anything wrong with him, and he agreed that he would even come to church with her to appease them. Yeah, he was a bit of a nutjob and smoked when he was stressed, but he wasn’t a bad person. She’d spend late nights by his apartment and sing along to his guitar until 2 in the morning before she walked her home and kissed her goodnight for the next 10 minutes. Thank God she decided to move closer to campus so she could focus on her work, or else these nights wouldn’t have been possible. Sometimes, she’d even invite him in and they’d fool around for a bit. It wasn’t anything serious, and she made sure she stayed a virgin, despite how badly she wanted to have sex with him. She didn’t have to go to church as often as usual either, and so her “school” self had much more freedom now than before.

Life as she knew it changed however, in the blink of an eye. It started with a match, a cigarette, a graphic designer and a photo album, snowballing into an experience that changed her life forever… 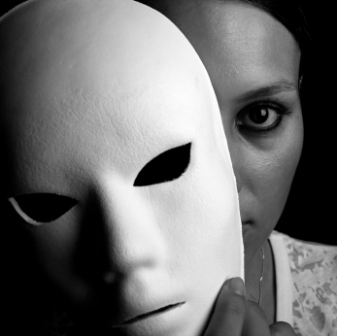